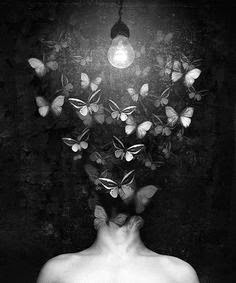 I forgive myself that I have not accepted and allowed myself to see that I have been jacked up high - severed, separated, and lifted up off of the earth.

I forgive myself that I accepted and allowed myself to be high jacked.

I forgive myself that I have accepted and allowed myself to be jacked up into my mind where it's comfortable and away from what's become of our reality - a system of survival, starvation, curable disease, sacrifice, deliberate abuse, murder, and constant trauma.

I forgive myself that I have accepted and allowed my mind to be hijacked - seized and manipulated to see my internal and external world in a distorted and backwards way so that I would be a part of and used as a tool to bring about a world that is not best for all and benefits a few.

I forgive myself that I have accepted and allowed myself to be controlled by the information that's been inserted into my mind - and I forgive myself that I have allowed myself to become a willing slave instead of questioning the information and investigating to see whether or not it's in-fact true or a story that's been made up to protect those that fear the consequences and potential loss if/when/as the real truth comes out.

I forgive myself that I have not accepted and allowed myself to see, realize and understand how I am all things - I am not just the part, I am the whole - and that what I accept and allow as myself, I accept and allow for all in existence.

I forgive myself for not accepting and allowing myself to see and be able to immediately take responsibility for why I would allow myself as a creator to be utilized to create a world of survival, suffering, pain and torment.

I forgive myself that I have not accepted and allowed myself to be self-honest about the constant and continuous suffering, pain, and torment that goes on within and as me - as a being I have been separated, fragmented, and I have been furious about it and my physical body is literally being torn, stripped, drilled and sucked of physical resources so that me as my mind - with all of my fears, beliefs, self-definitions, relationship connections, and personalities - can survive.

I forgive myself that I have accepted and allowed myself to consider and want to believe that everything here as it exists is the result of a veeeeeeery tiny group of super elite manipulating everything for their own evil agenda. When two things are for sure: one, I don't know for certain what their agenda is - I mean there is so much disinformation and assumption going on, and two, I realize that if I accept that there is an evil group of hell bent manipulators controlling everything from behind the scenes and within this, allow myself to blame them, this is showing me how this archetype actually exists within and as me and that I am attempting to pin it on an external source.

Further, within the realization that I am all as one as equal, I see that this 'elite group' is me in another life.  They are in the same game of competition for resources - however, they are better at the game.

I forgive myself for accepting and allowing myself to react, judge and blame instead of allowing myself to breath, remain stable, and be with/as/for another, understand, embrace unconditionally and forgive as I would forgive myself.  And I forgive myself that I have not accepted and allowed myself to be self-honest and see how I would have played the Game of Life no different if it were me as them - Why would I? If everything was going fine for me, why would I even consider changing or doing anything differently?  It's the same damn mind-set that is running in each and every one of us that are in a position of physical comfort, relationship distractions, and financial stability.

I forgive myself that I have accepted and allowed myself to go into helplessness and self-victimization and tell myself, "There's nothing I can do ..." or "I don't care ..." or "It's too late ..." instead seeing, understanding, and realizing that I/we must stop and change what I am/we are doing and create a balance within and as ourselves, each other and the world, where everything is equalized into win-win solutions.

To be continued with self-corrections and self-commitments.
Posted by Carrie at 5:52 PM No comments:

Email ThisBlogThis!Share to TwitterShare to FacebookShare to Pinterest
Labels: Created, Creation, Creator, Doesn't effect me so why should I care, Elite, Evil Agenda, Game of Life, Going Into the Light, Illuminati, Used and Abused, Why is this world so evil

Day 215: Myself As A Leader - Making Some Changes 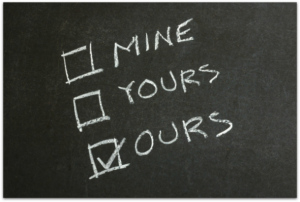 On Day 213: Dark Side of Myself As A Leader, I took on some points that I've been facing about myself for sometime that I had finally had enough of.  This post is a continuation of that writing and self-forgiveness where I am now making some changes to how I have been seeing and doing things - not only as an external system leader but also internally personally.   Currently, I'm in a cool position of not having to be responsible for a lot of people - so, I can take a step back from it all, breath, and make a new plan for myself.

I commit myself to stop attempting to possess other people and instead allow myself to let go.

I commit myself to stop repeating, "They are mine," to myself and within this, stop seeing others as mine and instead change my perspective back to myself and focus on becoming my own.

I commit myself to stop the desire to collect people by when and as this desire comes up, I remind myself to get myself collected - to bring the parts of myself that I've separated from myself back to myself. So, instead of going about the process of collecting the individual, I collect the point or part and bring it back here as me.

I commit myself to applying self-control - to take ownership of myself and be self-directive.  By doing this, I will support myself to stop attempting external control, ownership and having to be the only one to make all of the decisions.

I commit myself to stop attempting to separate others from each other and also stop making judgement calls about who can be trusted and who cannot.  I will stop placing myself as a guard and no longer accept and allow to see myself as a 'protector'.  So, when and as I see myself going into that physical urge of being the protector, I stop and breath.  I allow the fear to dissipate and I remind myself that there are no enemies - I have created enemies to feed my fear and utilized judgement to keep the whole thing going.  I'm done with that.  So instead of continuing to project all of this stuff onto others, I will focus on stopping the separation, focus on self-trust, and guarding myself from creating unnecessary consequence for others.

I commit myself to stop attempting to live out and within the alternate realities that I have created in my mind where everything is 'just so' and perfect.  I allow myself to let go of these things and become a collaborator - a Co-Lab-Operator - a Co-Lab-Orator. Co-testing, Co-speaking, co-creating and seeing how I can be a part of testing out others ideas and bringing them to reality.

I commit myself to stop going into panic and/or paranoia when I see a situation or a person as being unpredictable and/or somehow influencing an idea that I've managed to manifest.  I breath, let go, and see what unfolds.  I remind myself to allow myself to be curious again.

I commit myself to stop being territorial as at the moment, as outside of the survival system, I'm not seeing that it benefits anyone but myself. When and as I see that I am becoming physically uneasy or uncomfortable when and as I see someone that is 'too comfortable' or 'too friendly' in a space that I am in and see as mine, I stop, breath, and do not go into a reaction.  I relax and again, allow myself to let go so that I can be comfortable and friendly with myself.  Within this, I will stop my physical reaction of going into the 'bulldog' backchat/composure/stance/expression and see what comes up as an expression of me being here.

I commit myself to stop looking for and mapping out others weaknesses and instead focus on my own weaknesses that I can utilize to assist and support me in my process of oneness and becoming my potential by when and as I see myself looking for points in others that could potentially be seen as 'unlikable', 'weak' or less than perfect qualities, instead of marking others with those things, I flag-point them for myself as points for me to open up as myself and stop ignoring their existence within and as me.

I commit myself to focus first on being a self-leader - and to assist and support myself with this process to let go of the fears, beliefs, judgments, thoughts, reactions, and physical programming that I have created within and as myself being an external system leader.  A cool goal I see for myself is to become a sort of life leader where the seeds are planted, the care is provided, and something grows ...
Posted by Carrie at 11:03 PM No comments: